We work with elite athletes and leaders across sport, media & business who continually challenge our thinking and raise the profile of the Women’s Sport Trust.

We talk to the people and organisations who have the power to reshape the sporting landscape. We are influencers who stimulate real change for women’s sport. Everyone who works with us is passionate about women’s sport and keen to support Women’s Sport Trust in realising its full impact as an entrepreneurial, collaborative, and action-focused charity.

Women’s Sport Trust was founded by Tammy Parlour MBE and Jo Bostock MBE in 2012 and is run by an operational board of trustees comprised largely of committed volunteers.

Click on the individual tabs to read more about our people. 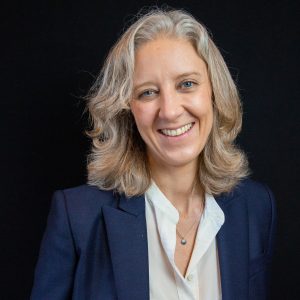 Tammy works with leaders from across sport, media and business to understand how to practically raise visibility, increase impact and create a stronger women’s sport ecosystem. She was awarded an MBE in the New Year 2019 Honours List for services to gender equality in sport.

Tammy is a Master in the Korean martial art of Hapkido, having practiced for 40 years. She set up her own Hapkido and meditation school in the early 90’s and still coaches regularly.  Tammy holds an MSc in Strength & Conditioning, and post-graduate study into Applied Sport Psychology.

With an interest in women’s football, she also volunteers as a Board Director for AFC Wimbledon Ladies FC.  @Tammy_Parlour. 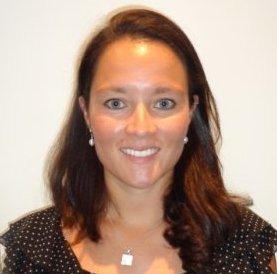 Zarah Al-Kudcy has experience in communications, marketing and commercial partnerships within the sports industry; working for Rugby World Cup 2015 and Women’s Cricket World Cup 2017 Organising Committees as well as Athletics Australia, Sky Sports and Fast Track. In her current role as Head of Commercial Partnership Development at Formula 1, she is using her previous experience to deliver stronger and more relevant partnership opportunities for brands. 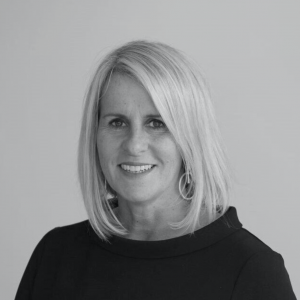 In 2020 Sue established fearless women – a company with a powerful ambition to drive positive change for women’s sport. She also has a hugely successful podcast, The Game Changers featuring trailblazing women in sport. Guests include high profile elite athletes and women in some of the most influential roles in global sport.

Sue’s book Game On: the unstoppable rise of women’s sport will be published in 2021.

In 2018 Sue received an MBE for her services to grassroots and women’s sport. 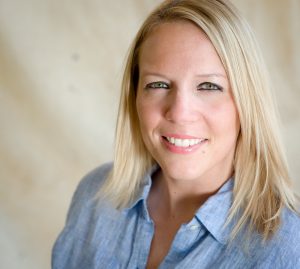 Claire was a member of the Great Britain women’s foil fencing team and part of the World Class Performance Programme. She has represented Great Britain in European and World Championships since the age of 14. As captain of England Claire won individual Bronze and Team Gold at the 2010 Commonwealth Fencing Games. Whilst studying for her modern languages degree at Durham University she was British Universities Champion.

Claire was the Senior Athlete Manager at the Dame Kelly Holmes Trust and supported over 400 elite athletes to transition successfully in their lives beyond sport. Claire is passionate about progressing women in sport. Claire is the Director of Programmes at the Women’s Sport Trust and helps to support our athletes on UNLOCKED. Claire is also a qualified performance life coach and specialises in both collective team and individual people development. She is dedicated to helping others to achieve their goals and maximise performance. Claire also commentates for Eurosport as their fencing expert and runs her own consultancy, Perform Be Happy. 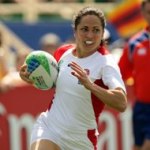 Sue Day joined Women’s Sport Trust in 2013. She is a former England and Wasps rugby player and represented England from 1997 to 2009, captaining both the 15s and the 7s sides. In 2013, Sue was appointed Club president of Wasps FC and became the first female President at the Club in its 146-year history. Throughout her England career she worked part-time for KPMG and then later became a (full-time) Partner and Head of People in KPMG’s Deal Advisory business.

Sue has provided extraordinary commitment to rugby & women’s sport over a sustained period. She is an expert in her field having served multiple facets of the sport from elite athlete representing her country to coach, commentator and now works as Chief Financial Officer (CFO) of England Rugby.

Sue was awarded an MBE for services to gender equality in sport in 2020. 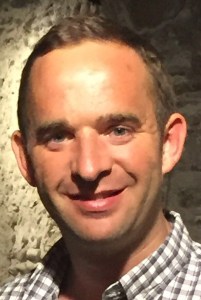 Chris has almost 20 years of experience in the sports industry working for the Premier League, International Cricket Council, BBC Sport and Nielsen Sports, before launching his own digital sports business in 2018 – C J Hurst Consultancy – which provides strategic advice to companies across the sports industry.

As BBC Sport’s first dedicated social media editor, he developed and delivered a strategy focused on growing BBC’s social media reach and engaging younger audiences. In his role as Digital Development Editor for BBC Sport’s award-winning interactive services, Chris oversaw the editorial development plans for the Rio Olympics that was used by 102 million unique browsers across the globe. Chris also sits on the board of the Rugby Football League. 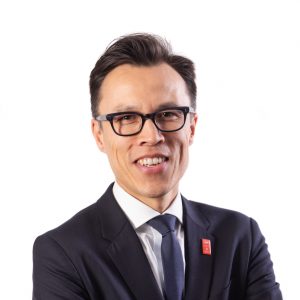 Michael is a Strategy and Marketing Director who has worked for some of the biggest grocery brands in the UK. In 2017, Michael was appointed Fellow of the Marketing Society. A keen sportsman, Michael played high level youth football, won a national karate championship and is a qualified UK Athletics coach. 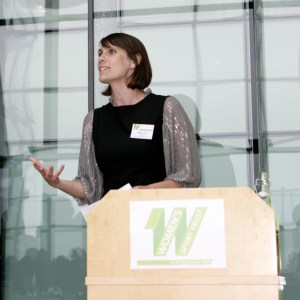 Suzy Levy is the Managing Director of The Red Plate, an organisation focused on helping clients achieve bold people aspirations. Suzy is hugely passionate about the difference individuals bring to the world and in creating an inclusive work environment where people, culture and innovation thrive. Outside of work, Suzy is an avid athlete, mother and wife, and has benefited from both individual and team sport throughout her life. 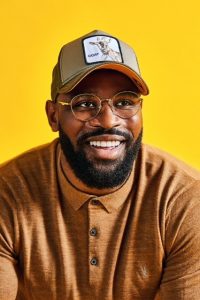 Since retiring in 2015, Ugo Monye has gone on to become one of the most respected voices in world rugby. The one-club-man began his career at Harlequins in 2002, going on to make 237 appearances for the club, scoring 87 tries and winning a Premiership Title in the process.

His club performances soon earned him International recognition, making his England debut in 2008, and after featuring heavily in England’s 2009 Six Nations squad, he was awarded a place on the 2009 British and Irish Lions
Tour of South Africa, on which he scored a crucial length of the field try in the final Test, which has gone on to become an iconic image in Lions history. Retiring in 2015, ITV and BT Sport were quick to take him up on his informed and charismatic on screen offering, where he has gone on to work on their Rugby World Cup and Gallagher Premiership coverage for the past 5 seasons.

Launching his Podcast with the BBC in 2017, and a columnist in the Guardian, Ugo is one of the most sought after voices in the rugby media landscape. 2021 has been a breakthrough year for Ugo, being named as a new Team Captain on the BBC’s Question of Sport, and as a contestant in 2021’s Strictly Come Dancing.

In recent times, Ugo has stepped up to tackle issues such as diversity in rugby, the BLM movement in the UK and the funding and growth of the women’s game. 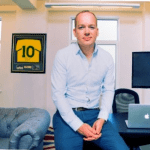 Award-winning business leader working at the cross-section of technology, sport and entertainment. Ben began his career in the film business (Cold Mountain, 28 Days Later, Hannibal, Entrapment) and then moved into digital media (BBC, The Times) – with a passion for powerful storytelling the common thread which runs throughout. In 2015, He co-founded the award-winning immersive tech company, Laduma and, in his role as CEO, led a fantastic team of industry pioneers and rising stars as they raised angel investment and worked with clients such as Microsoft, Samsung, the NFL, NBA, Universal, Marriott and Unilever. In 2019, he was offered the opportunity to become president of the group which Laduma belongs to and now oversees eight businesses on four continents. He’s a well travelled keynote speaker having been invited to speak at the likes of WebSummit, World Travel Market, ITB, Digital Hollywood, ProMax, Leaders and Soccerex among others. 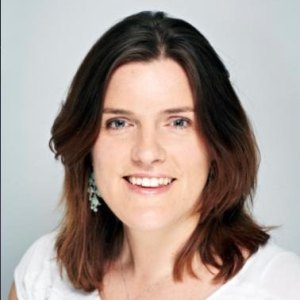 Laura Weston is the Managing Director of iris Culture, a leading sport and entertainment agency. Twice nominated for the prestigious BT Sports Industry ‘Agency of the Year’ Award, iris Culture is known for its creative and innovative work for global brands such as adidas, Samsung and Speedo.

Laura worked with The FA for three years launching The FA WSL and supporting the England women’s football team and recently advised her Sydney office on the amplification of Samsung’s sponsorship of Australian netball. Her goal is to help brands understand both the creative and commercial opportunity working with women’s sport can bring.

As a former county netballer and athlete Laura has seen the benefit that sport has had on both her life and career, so is keen to inspire other women and girls. 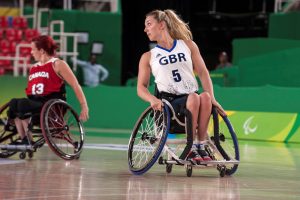 Sophie Carrigill is a Great Britain Wheelchair Basketball Player. Sophie has represented her country for 8 years, competing at 4 Senior European Championships, 2 Senior World Championships and the Rio Paralympics. The GB Women’s Team are currently the World and European Silver Medalists. Sophie has also completed a Masters in Sport Psychology and is a passionate advocate from inclusion within sport.

We change the conversation

We are ambitious about women’s sport. We encourage an inclusive and imaginative vision of what’s possible – and then work to make it a reality.

We amplify, connect and stimulate

We are the “provocative glue’ bringing together influencers from across sport, business and media. We amplify what’s working, exchange ideas and stimulate action.

We are doers – when we see a gap, we take action to address it ourselves and /or work with others to do so.

“The program has been incredible! This amazing group of women are supportive and inspiring. It has given me a place to share ideas, get inspiration and made me feel part of something really special.” 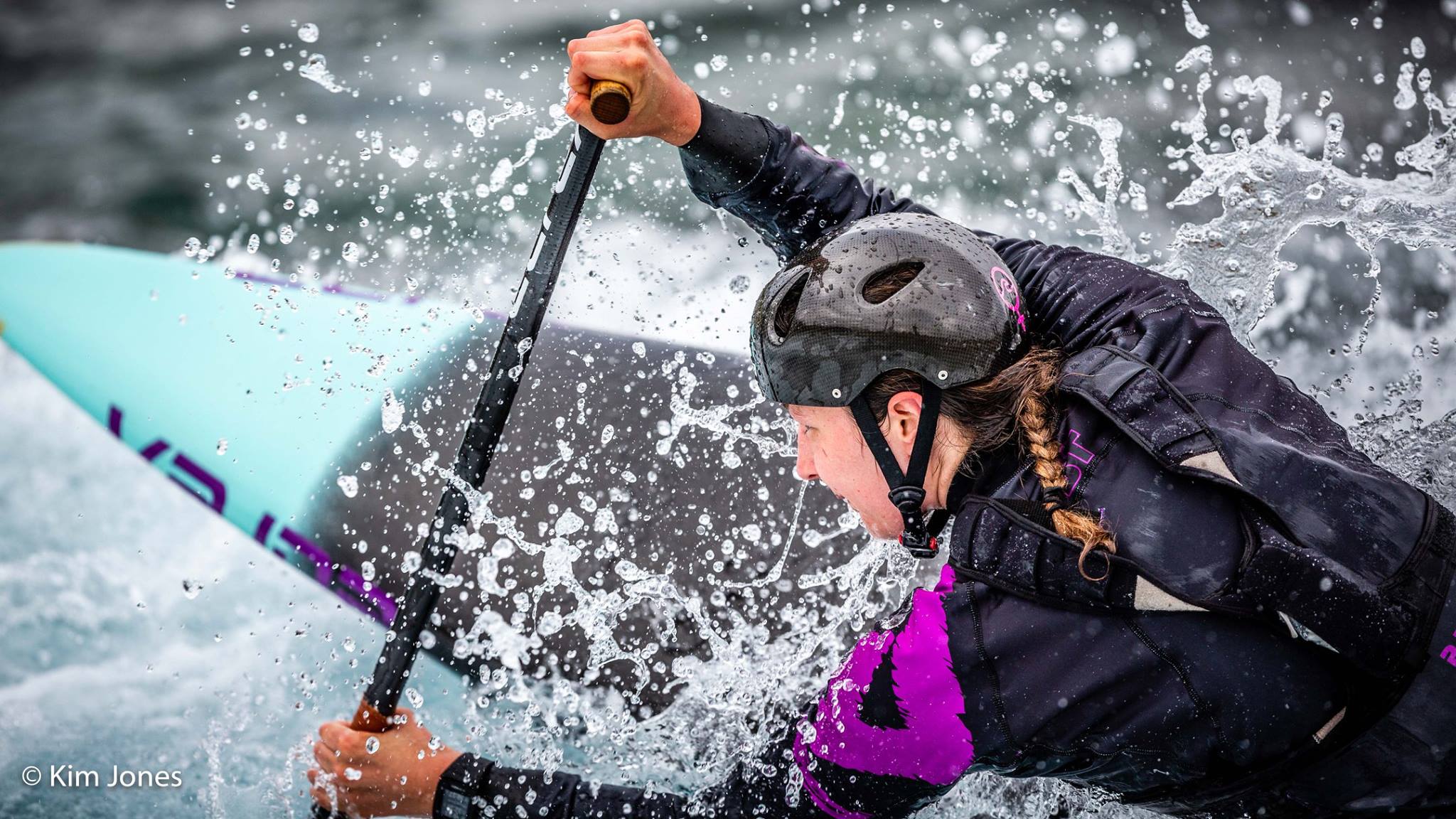 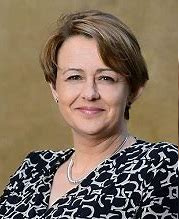 Tanni Grey-Thompson DBE
11X PARALYMPIC GOLD MEDALLIST
“WST is an indefatigable powerhouse who have invaded every area of women’s sport, in a good way, to make it more functional, better funded, more visible. Their energy and will power is astonishing. They have made a difference.” 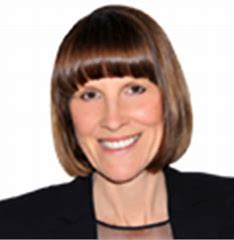 Sue Mott
Sports Journalist
"Taking part in UNLOCKED has given me the opportunity to meet with my activator Baroness Sue Campbell who I've always felt is a hero in sport and this has been the catalyst for me to take the next steps moving forward with my charity ‘Pave the Way’.” 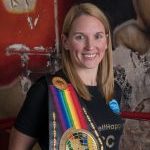 Stacey Copeland
Boxer
"WST have been ground-breaking in pushing women's sport into new and exciting territory. They have led the charge and are an absolute inspiration to me and many others.” 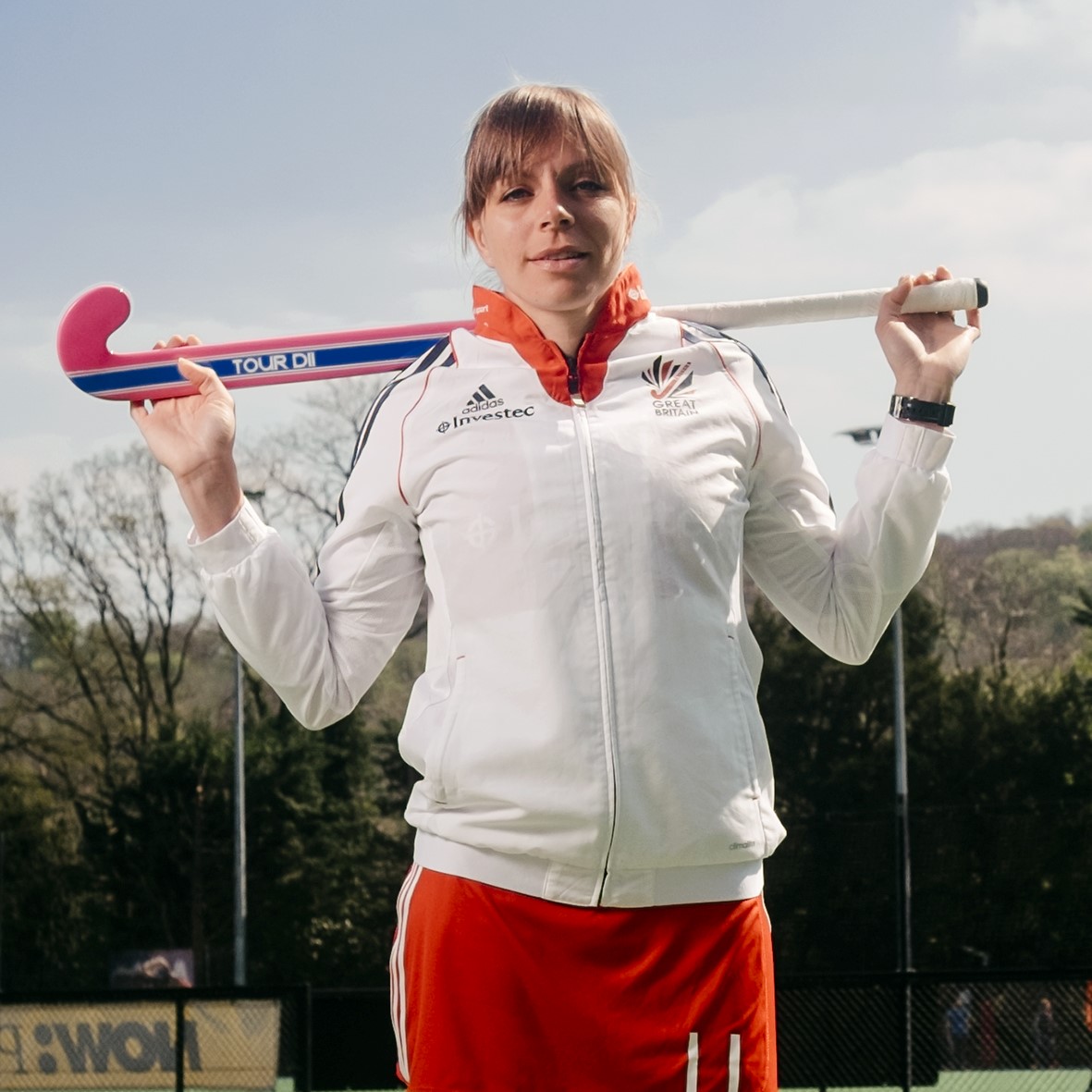 Kate Richardson-Walsh OBE
GB Hockey
“Unlocked has changed my life and I don’t want it to end.” 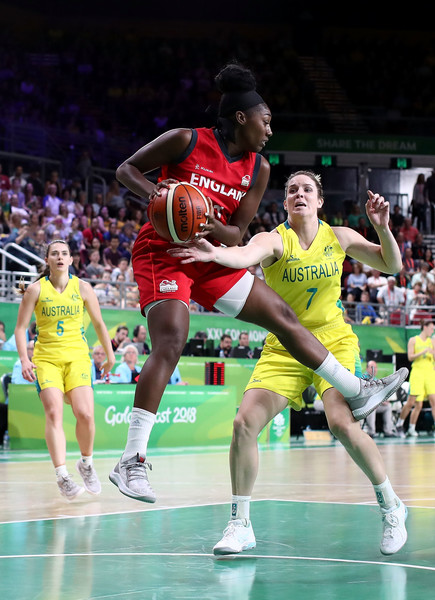 Melita Emanuel-Carr
GB Basketball
“We were blown away. I go to a fair amount of industry bashes and this was by far the most inspiring & most fun I’ve had. It’s a big reason why our sports group has decided to become more involved in women’s sport.” 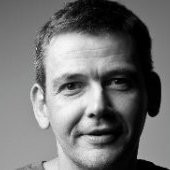 Sport England is committed to helping people and communities across the country create sporting habits for life. This means investing in organisations and projects that will get more people playing sport and creating opportunities for people to excel at their chosen sport. Sport England fund a proportion of our core costs from 2016 – 2021. 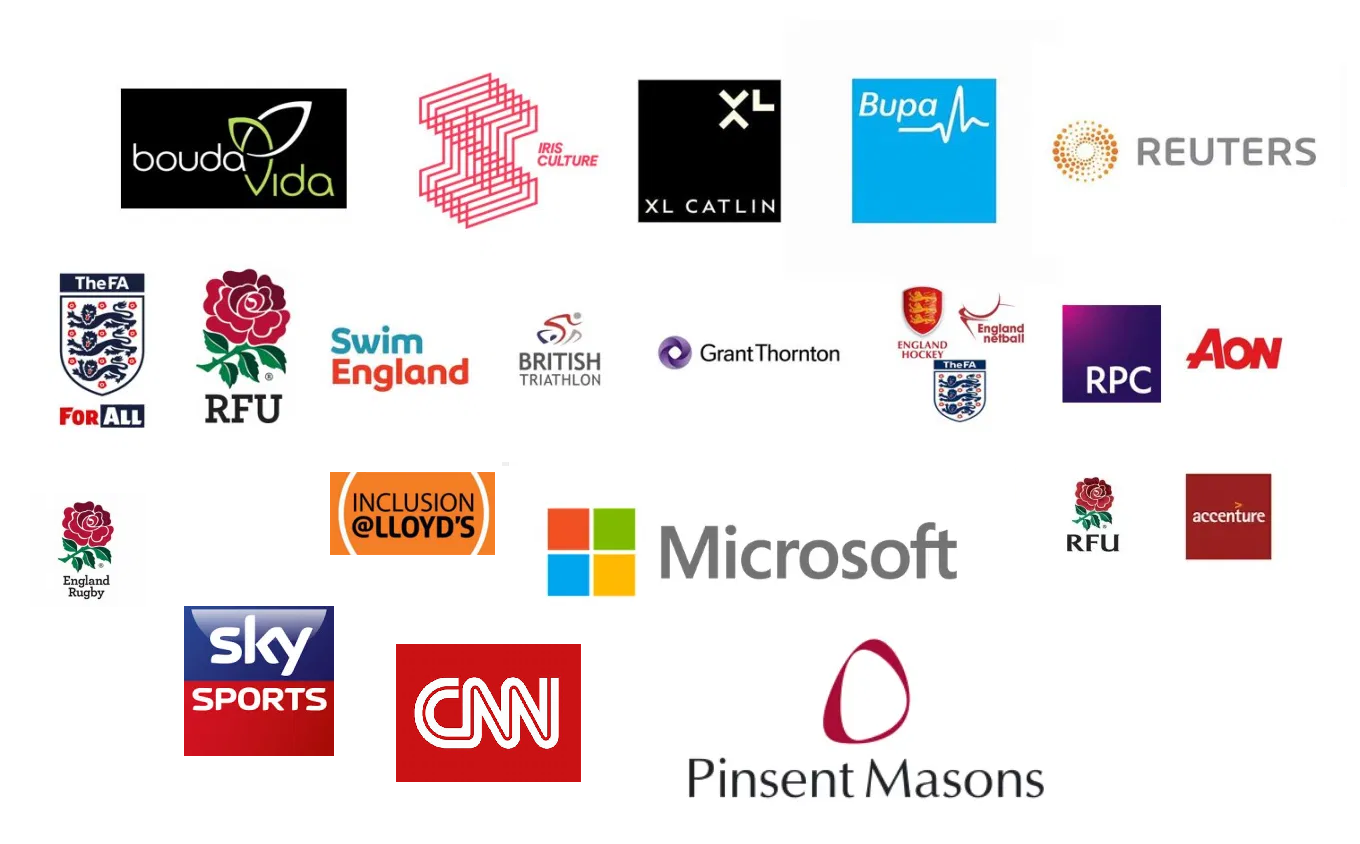 Our sponsors and partners are willing to put their money and their brand behind Women’s Sport Trust’s efforts to create a step change in gender equality. Like the WST, they are passionate about seeing strong, visible female role models in both sport and business. 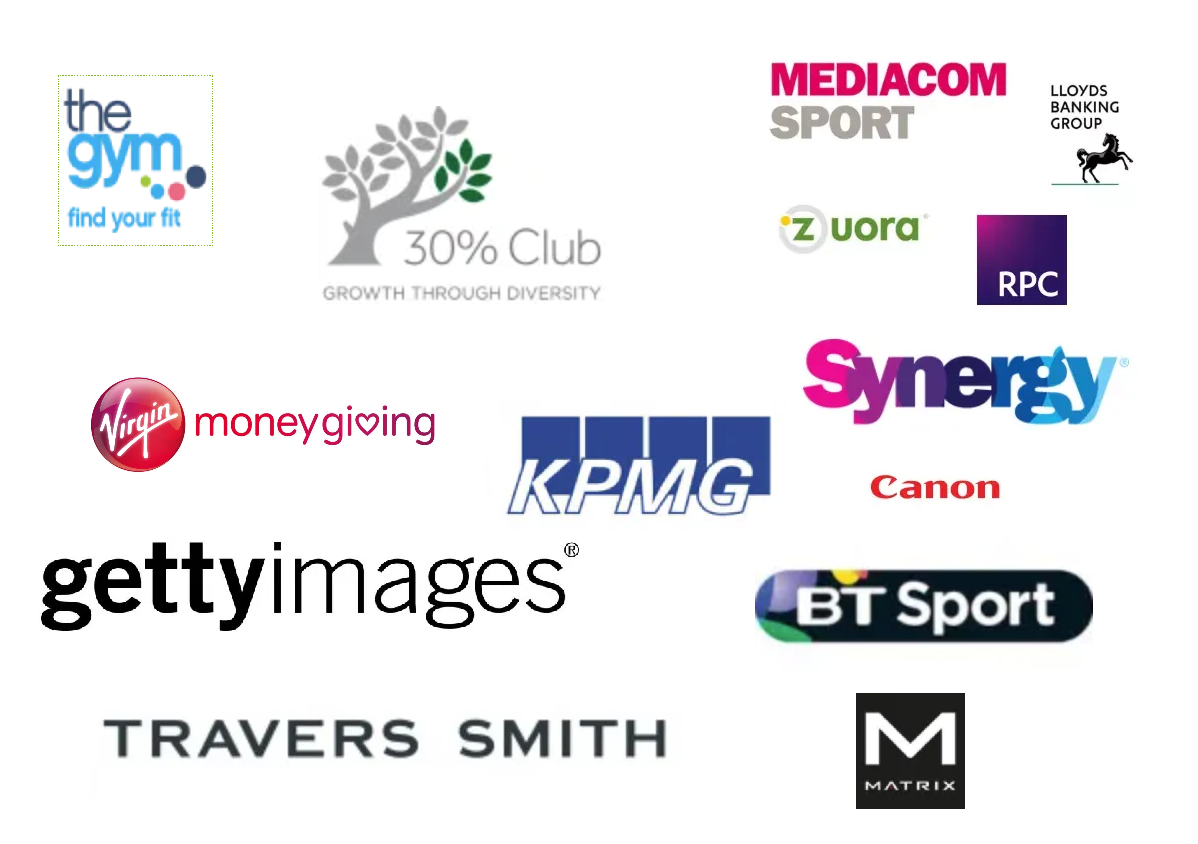 For more information or to arrange an informal conversation about opportunities to get involved with the Women’s Sport Trust, please visit our 'Contact Us' page.